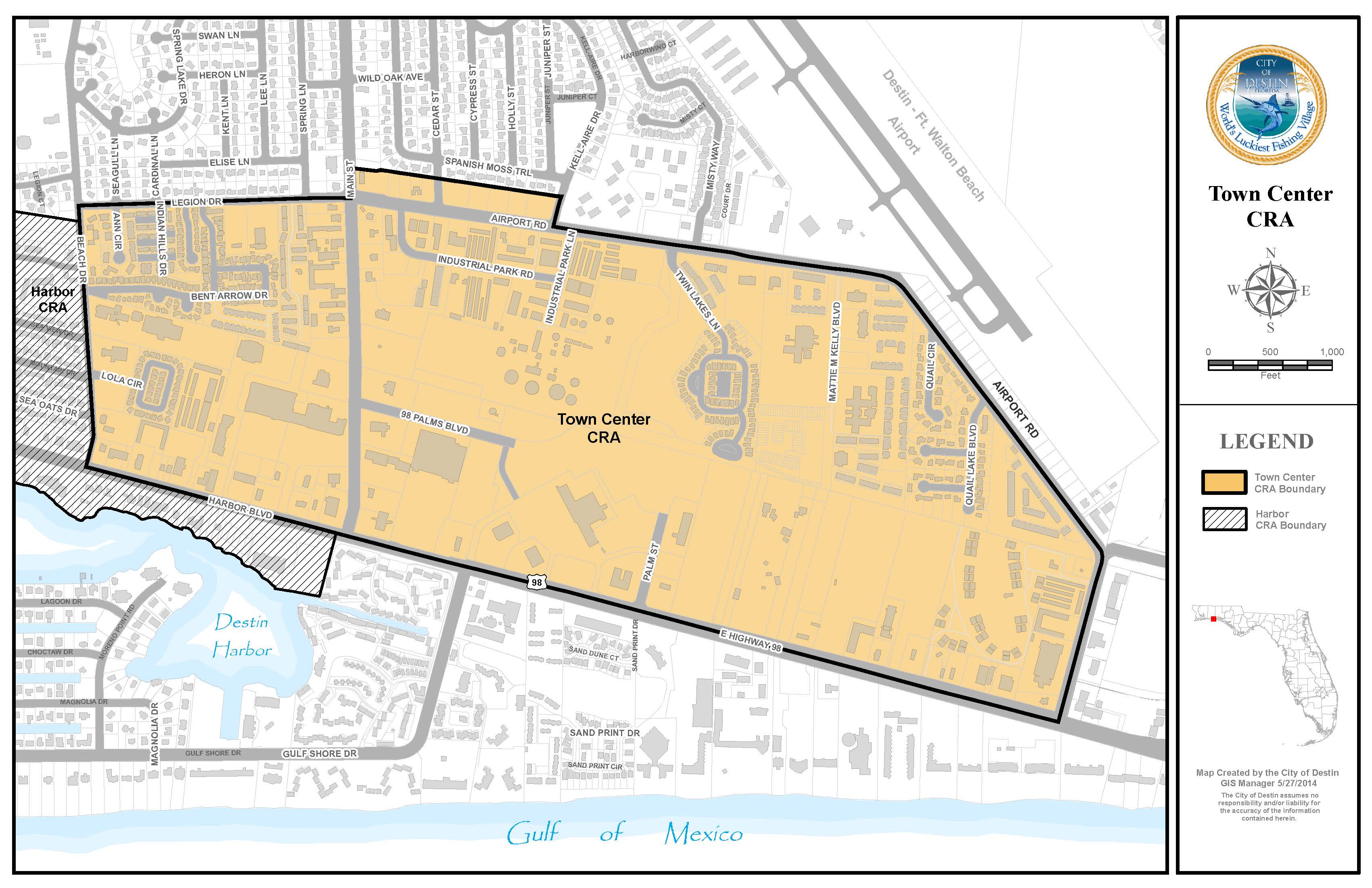 The Town Center Community Redevelopment Area, encompassing approximately 517 acres, was established by Resolution on March 3, 1998, with a 30 year term that expires on March 2, 2028. The area is located north of US 98, and bounded substantially by Airport Road to the east and north, and Beach Drive on the west.